LIBERTY, MO – A Missouri jury has reached a defense verdict in favor of Lockheed Martin Corp., rejecting claims that the aircraft manufacturer was liable for a decedent’s mesothelioma, which was allegedly caused by exposure to asbestos-containing ovens contained in airplanes on which the decedent worked.

The Missouri Circuit Court for Clay County jury reached the verdict on June 22 after a six-day trial, allocating 0 percent liability to the defendant. Judge Janet Sutton presided over the trial, which ended after two hours of jury deliberations.

The plaintiffs asserting the claims contended that Allen Goens was exposed to asbestos-containing products while employed from 1952 to 1992 as an aircraft sheet metal mechanic at TWA’s overhaul base in Kansas. During the course of his employment, Goens repaired, maintained and overhauled ovens removed from airliners. The ovens were manufactured by Nordskog and provided to Lockheed Martin for installation into the L-1011 Tri-Star airliners.

As a result of the asbestos exposure, Goens developed mesothelioma, the plaintiffs said. Among the defendants named in the suit were Lockheed Martin, the manufacturer of the L-1011, the City of Kansas City, which maintained the base, and American Airlines, the successor-in-interest to TWA.

Sources told HarrisMartin that the plaintiffs voluntarily dismissed the City of Kansas City and American Airlines.

During trial, Lockheed Martin noted that the ovens were purchased by TWA, certified by the Federal Aviation Administration and provided as Buyer Furnished Equipment to Lockheed Martin. The defendant said that it did not charge TWA for the ovens or for the installation of the ovens.

Lockheed Martin further argued at trial that none of the co-workers testifying in the case could distinguish between the Nordskog ovens removed from the aircrafts and the Nordskog ovens removed from TWA aircrafts manufactured by other companies.
Additionally, the defendant maintained that it could not have anticipated that TWA mechanics would handle the ovens in a way that asbestos fibers would be released, particularly when the work would violate OSHA federal regulations and Missouri state laws on workplace health and safety.

The defendant did not call any expert witnesses, sources said.

Counsel for the plaintiffs were James Thompson, David Thompson and Melissa Steed of Edelman & Thompson in Kansas City, Mo.

Copyright Note:
This article was reproduced from the HarrisMartin Publishing Web site at www.harrismartin.com. While dissemination of this article via e-mail, fax or regular mail — provided it has not been altered in any fashion — is permitted, dissemination of multiple articles through any medium is prohibited without express consent from HarrisMartin. 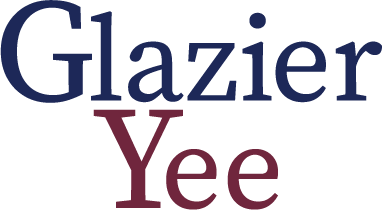